A Stroll Down Submission Ally...

So...as I began to work on this weeks blog I found myself confused and unable to get past two thoughts - what did Dom have to do with Penelope, Burgess and Danny and why was the scene from Dom's POV?  I plugged along though and let the muse do her thing, hoping for some clarity when I was finished...

Guess what?  I'm not finished...far from it, it seems.

What started as a flash, I found, was really the beginnings of a story...Dom and Jada's story, actually.  Yay, and oh my.  What's going on in this corner of Talbot's Peak?  I can't wait to find out, but in the mean time the muse graced me with the very, rough, beginning so I thought I'd share.

Dom loved driving a scene from the magical and tentative beginning through to the earthy, exhausted ends.  He loved the power, the smells, the sights and especially the rush he received at everyone else’s release.

This scene was especially tasty because, at the behest of her partners, it involved taking his good friend and fellow dominant, Prudence Penelope on a tour of submission ally.

Oh, he and Penny had played many times before - for a multitude of different reasons.  Sometimes he’d request her presence with a submissive who longed to engage in a lesbian fantasy while other times she brought him in for his specialty in mind fucking or to discipline an unruly bottom.

As a personal request by Dante, they would test out the new equipment brought into the dungeons of the club, together.  Tonight, though, they were here for fun.

At the doors slight squeak, the luscious blue-haired Penquino, as Penny called him; dressed fully in leather from the tight vest to the ass-less chaps, bowed.  The peacock feather he’d slid between his cheeks was a very nice touch.  “G’day Mistress Penny.”

Dom sighed as the scene began.  Only one thing would make this scene better—if his sweet Jada was here to indulge in her voyeuristic desires…

“Ah, Penny, right on time, good girl.” Dom praised.  “You may refer to me, only, as Sir and your safe word for the evening is peacock.  I’ll assume you can remember it.”  The defiant look on her face told him she would not submit easily, but that made the exercise all the more fun for everyone involved.  “Now get your ass on the podium and we shall begin.”

May your weekends be filled with ass-less chaps and peacock feathers!

For some reason I've got a mental image of a woman being spanked by an elephant's trunk. Only in Talbot's Peak ...

LMAO...Oh Pat, what a picture. Now considering that this is Talbot's Peak it's entirely possible...though I hope Dom saves that bit of naughtiness for Jada. ;D

Yeah, only in Talbot's Peak. Wow, new equipment for the sex-play dungeons to test out. Someone[s] are lucky.

And, I wish my weekend was filled with ass-less chaps and peacock feathers... that is, if the ass is worth perusing.

Thanks Savanna! Yep, I suspect there are a few lucky ducks, cats, wolves, er, animals in Talbot's Peak. hehe

Oh for sure the ass must be worth the chaps or it lessens the fun. ;D

Oooh, how about a charity sexy butt contest at the Pleasure Club? Men who want to be submissives show off their assets... and the winner by popular vote gets to choose who will be his dom... and the monies go to supply the underground shelter compound Dante had built for all the Peak's residents.

Or, some such scenario.

I like that, Savanna...I bet Penelope will encourage Burgess and Danny to play, but I wonder if Lamar will let Jamie join? Or, hehe, will both Lamar and Jamie slap the chaps on for a chance to win?

Who else wants to strut their stuff?

Good question. I'll have to let a character come forward... of course, it could actually be an auction... bidding on your favorite butt.

Of course Lamar will let Jamie join in. Any excuse to see Jamie's naked butt. Question is, does Jamie have the guts to show his butt in public?

Lamar don't need no stinkin' contest as an excuse to show off his butt. If the contest needs a judge, though, he'll be first in line.

Maybe Guri will enter himself and Sanjay as a joke. "We're going undercover at the Pleasure Club," would be his excuse.

Guri and Sanjay's butts won't be undercover... like who wouldn't know their tiger shifters? and Yakuza?

Except the uninformed humans.

However, as long as they behave, I bet their butts would be welcome.

And then Lamar and Jamie looked at each other and said in unison, "Bo Ewing."

Let me know which week we're doing this.

**All written materials featured on this blog are protected under copyright. Any use of part or all of this material without the express written permission of the author is an infringement of personal creative property and subject to legal action**

Want Us to e-mail new posts?

Want to Guest Blog with us? 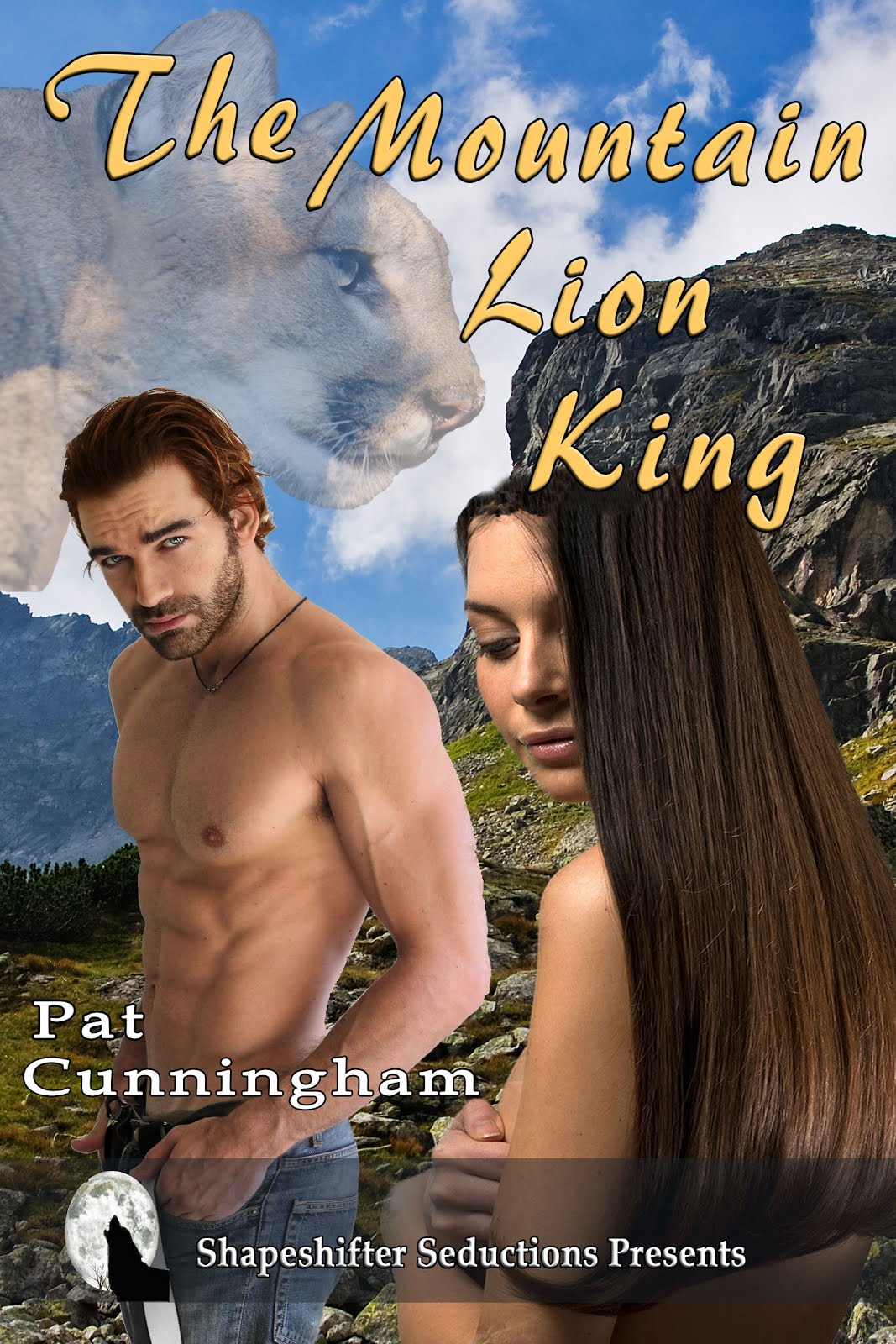 Cougar shifter Rick Donnelly has his hands, and his arms, full protecting runaway tiger bride Nilambari. What happens when her vicious husband-to-be comes looking for her? AVAILABLE at *Smashwords Premium Catalog* & Amazon Kindle 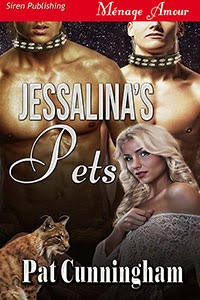 Lady Jessalina buys a pair of "pets" at the slave market, and gets far more than she bargained for. 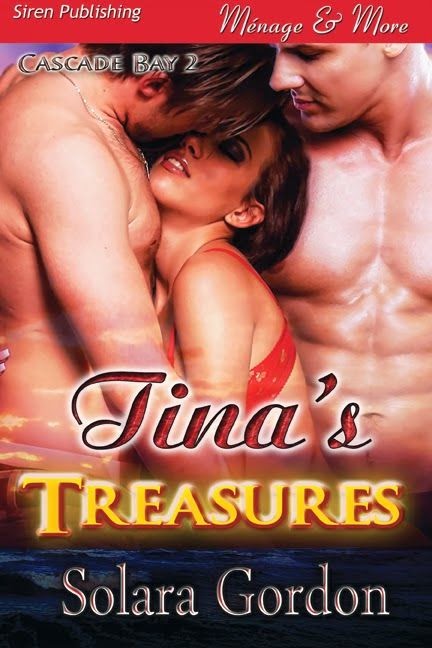 Tina likes Jon & Drake claiming her for the evening. Can 2 hunks, 1 lady, plus passionate lovemaking create a lifelong future together? 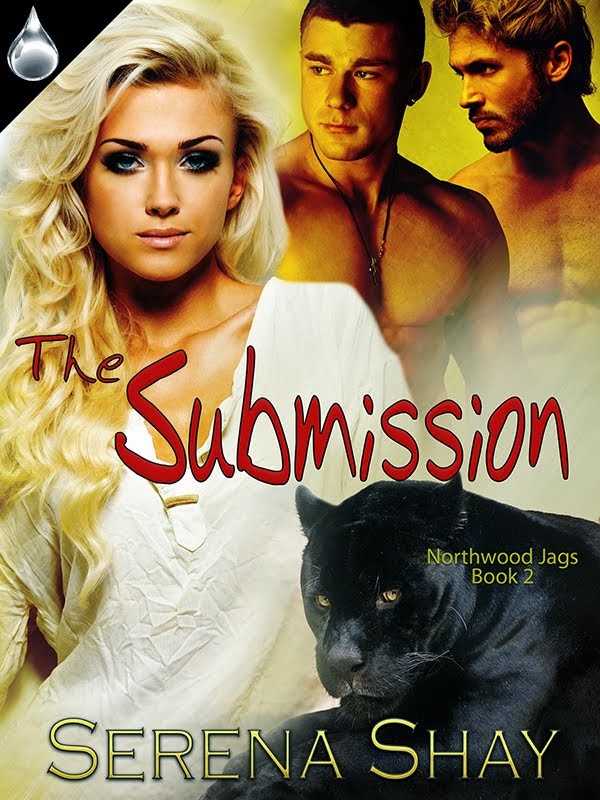 Two is better than one. Most would agree with that statement, but not full-blooded shifter LeAnn Turone. Accepting her need for multiple partners means facing a lifetime in a one-sided triad. Rick Taylor and Trent Warren each think they’ve found their mate in LeAnn until they also find themselves attracted to one another.Each member of this triad must free themselves from the fear of the future and submit to the greater power of love. 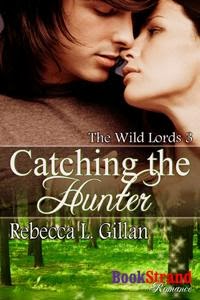 An elfin huntlord and his lovely tracker attempt to catch an assassin who's been slipping through everyone's fingers, all while trying to keep their minds on the job and off each other.

Can these star-crossed lovers reignite their passion?

A superhero falls in love with his arch-nemesis. Holy doomed relationships! Available from Siren/Bookstrand 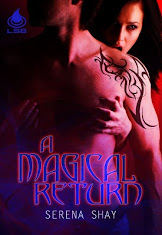 Conleth “Cole” Douglas and Emterra “Irene” Azzurra, vessels to a magical race called the Others, are compelled to save their town from a dark evil. The question is—will they save their love as well?

Two men--one human, one a vampire--and the woman who finds herself falling in love with them both. 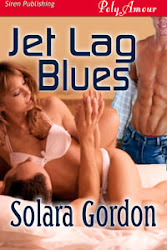 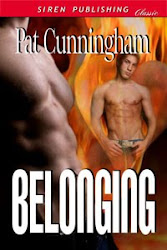 Can a prostitute find happiness with the vampire he loves? Available in e-book and print. 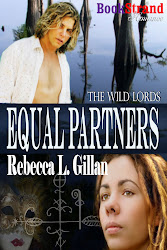 One ancient hunter on the trail of a murdurous elf. One human witch doctor who fails to see why his mission means they can't be together. One moronic assassin who isn't nearly as beautiful or smart as she thinks she is. Oh, and a chicken. 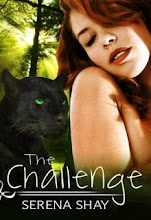 Marina Jamison is a mystery. As a half-breed shapeshifter, she lives on the fringe of were-jaguar society. Though her love for pride leader Bastian LaRue is forbidden, she finds herself tied to him by a bond stronger than their individual wills, a psychic link born from their one-night stand. When her secret is revealed, she is scorned and excluded. Neither Bastian nor the pride can accept a half-breed queen.

A London Werewolf in America

Can a hot werewolf with a British accent and a vegetarian witch find love while dodging assassins? Available in e-book and print.

Adele has been masquerading as a dog. But can she hide her heart from the werewolf hunter?

Willy's half werewolf and not looking for a man. Cody's a coyote and on the prowl for a mate. Poor Willy doesn't stand a chance ...